With Small Doses Of Capitalism Cuba Can Achieve Its Socialist Idealism 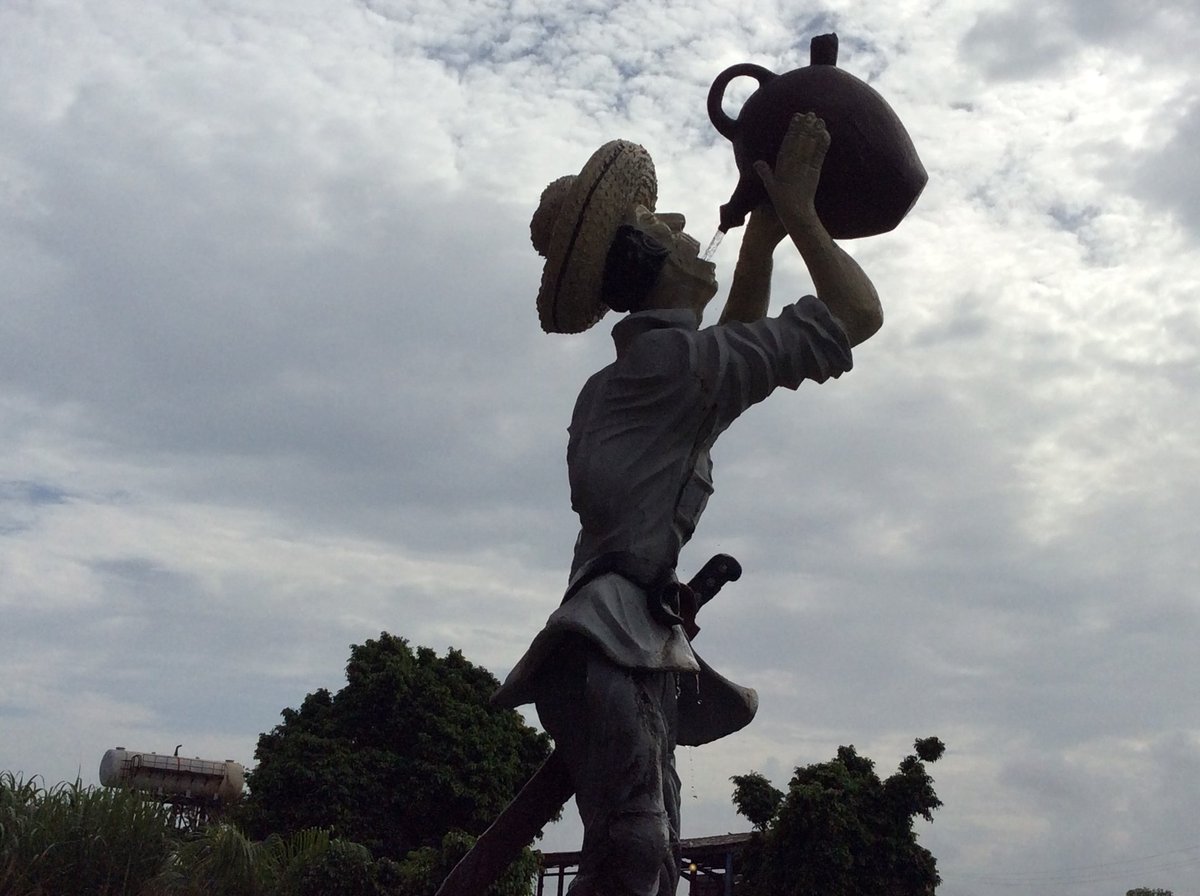 Sculptor in the sugar factory of machete man to recognize the tough job of harvesting the sugarcane fields manually. Photo and Caption by Rita Puri

Rather than the politics of communism or socialism, the face of Cuba is much reflected by its vibrant culture. In their healthy and shining look, most Cubans seem to be hardworking and contended folks who, more than anything else, enjoy their music, dance, and simple food loaded with organic fruits and vegetables.
The cultural and social aspects of Cuban lifestyle has an aristocracy and sophistication which has a class of its own in this classless society. The three most important ingredients of its cultural pride are coffee, rum, and cigar. And in that order, the popular Cuban custom is the after-dinner ritual of having coffee followed by sipping espresso or regular coffee and finally enjoying the smoke from their rooted obsession, the cigars.
Cubans, perhaps don’t care in which brand of political isms they are being ruled but they do love their customs and traditions doused with music, dance, coffee, rum, and cigar. And that could be the reason for their blissful life along with the year-round balmy weather.
Part 2
With Small Doses Of Capitalism Cuba Can Achieve It Socialist Idealism
Cigar, rum, and coffee beside being Cuba’s cultural identities also have therapeutic value in relieving the psychological hardships being faced by Cubans under decades of its “revolutionary” regime.
The 1959 Fidel Castro’s armed political revolt had a utopian communist promise of prosperity for Cubans. With massive Russian aid, the country survived in meeting the basic needs of its people, and that included Cuba’s pride declaration of free education and the “best” medical system in the world.
The dictatorial regime of 60 years of Castro did not turn the political revolt into an economic revolution. Moreover, typical of authoritarian and Communist regimes freedom of speech and expression have been almost curtailed. Since the early 60s, a generation has been fed on leftist ideologies. A mindset attitude has been created with the egoistic att
itude that its political ideology is better than capitalism.
Besides food, shelter, and healthcare, there are other earnest urges basic to the human nature. As the world has become much smaller thru Internet, these urges seek same opportunities as naturally available to free societies. The urge to express, explore, google, communicate, travel, educate, learn and earn is the aspirations which are denied, limited or switched on or off in the restricted political societies.
In Cuba, with the explosion of information thru social media and Internet, the country’s leadership has realized the prosperity of its people depends more than just earning few export dollars from rum, coffee or cigars.
While still under the shadow of Communism, Cuba is undergoing an economic revolution with capitalism making inroads mainly thru its emerging tourist industry. Capital is also flowing from thousands of professional Cubans residing abroad, mostly in Central and South American countries, who are regularly repatriating huge amount of funds which boost the nation’s economy.
With idealism of socialist goals along with a controlled allowance of capitalism, Cuba seems to be carving a right path towards social and economic achievements for the ultimate prosperity of its people while protecting its natural environment.
-by Promod Puri
(This article was written recently while on a two-week vacation in a Cuban resort hotel)
Posted by Promod Puri at 12:36 PM No comments: