There Is Faith In Trudeau's Ethnic Sentiments

He is a "thoughtful and intelligent guy," according to former Liberal leader Bob Rae. In his policies, we're creating a better and more compassionate Canada.

There Is Faith In Trudeau's Ethnic Sentiments

His father, Pierre Trudeau, was an intellectual statesman. Justin Trudeau falls into that grade. The genes are there. 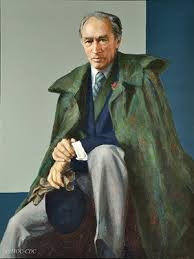 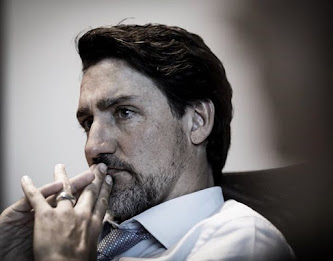 Trudeau's leadership role in handling the current pandemic crisis demonstrates his compassion and caring for all Canadians. The food must be on the table, and the necessities of all Canadians, are comfortably met have been the major concerns that he handled with passion.

His two consecutive wins, though the second one with a reduced majority, demonstrates the rejection of ultra-right-wing politics of discrimination, anti-immigration and fake security concerns. The electoral mandates have restored the confidence in Canadian values of humanism and compassion.

Justin Trudeau's rise to political leadership has been like that of an ordinary common man. He worked his way to climb that ladder. He was not handed life in politics on a platter as the son of a legendary former prime minister.

His adult life began as a school teacher, snowboard instructor, bouncer in a night club, and playing the role of a war hero in a World War 1 TV drama. These credentials show the traits of a young man trying to gain some space in society.

He also has a tattoo of the Haida nation printed on his arms. He loves ethnic food; his first outing with his date, now his wife Sophie, was to Khyber Pass, an Afghan restaurant in Montreal. He is an ace Bhangra dancer too.

From this simple portfolio, we can see him as a down-to-earth leader with a thoughtful and intelligent approach to run the affairs of the nation.

Trudeau pursues a humanitarian and independent foreign policy not influenced by the big brothers south of the border. This foreign policy puts Canada in its traditional role of no-combat military involvements, but for peaceful missions only.

His domestic liberal policies include: legalizing marijuana, protection of transgender people, reuniting families of immigrants, reinvigorate ethnic cultures and diversities, and bring more diversity in the government. One of the outstanding features of his leadership has been welcoming refugees.

Mr. Trudeau has recognized the right multicultural fabric of Canada. It was also the hallmark of his father's political life when he declared multiculturalism as the official policy of the Canadian government.

He recognizes the contribution of Canada's ethnic diversity that makes this nation a genuinely multicultural society of equal opportunities. He has shown his enthusiastic participation in Canadian ethnic and cultural events too.

There is faith in Mr. Trudeau's ethnic sentiments. And that is the kind of leadership, the ethnic communities feel encouraged to see their involvement in Canadian affairs.

Jalebi: The Queen Of Indian Sweets

JALEBI: The Queen Of Indian Sweets

Jalebi is the ultimate sweet in the Indian confectionary delights.

Unlike most other Indian sweets, it is crispy and loaded with the syrup in its swirling tubular round, but a flat body. Made with yeasted white flour, Jalebi-making is art with quick and round hand movement when fried for its crispy texture—and then immersed in sugar syrup to get its “injection” of sweetness.

Jalebi experts say that this sweet indulgence, when prepared, must be fried in pure desi-ghee, not any vegetable hydrogenated oil.

The luscious delicacy has to be eaten by hand despite its sticky surface. Lately, a new fad has emerged, especially in Indian parties. It is the Jalebi with ice cream, a double-double dessert that goes well after the spicy-hot dishes.

Another combination is when Jalebi get immersed in a bowl or cup of boiling milk, and then immediately scooped out with a spoon. It is the favourite of my long-time friend, Harminder Magon, a celebrated master in Indian cooking and author of the bestselling book, “My Epicurean Journey.”

Jalebi-milk combo has therapeutic value also that it can work much more quickly to calm stubborn coughs than any lozenges or syrups available in a drug store. Try it, the cough will be gone, but you may get hooked to “dudd-jalebi,” as they say in Punjabi.

Jalebi finds its space in social behaviour as a pun when a cunning person is called “straight like a jalebi.” Or a charming talker is referred to as “sweet like jalebi.”

The personality of Jalebi lies in its blissful enjoyment of sweet taste that it stands out boastfully among all other Indian sweets. But its ego is challenged by Karela (bitter melon). According to my respected friend Zile Singh: “Tuut jande ne maan Jalebian de jithey Karela langh janda,” Translation: Jalebi’s self-pride gets shattered when a Karela goes over.

Jalebi does have close minor cousins called Boondi. These, in reality, are the Tim-bits of Jalebi, same texture, same taste.

Enjoy Jalebi, the queen of Indian confection, straight or with milk, anytime, including midnight all alone and guilt-free craving for something sweet.

-Promod Puri
Posted by Promod Puri at 6:16 PM No comments:

My first writing started with the help of “Kalam.”

Handcrafted from a solid dry twig, with one end slightly chiselled and shaped like a nib. And the stem was smoothed to hold the Kalam.
For each word or few words to write, the Kalam received its ink while dipped into an inkpot. Together the pair was called “Kalam-dawaat,” that I used to carry with me to primary school. Often my school bag and my clothing got stains of the black ink.
My writing palette was a “Takhti,” a wooden oblong-shaped plank about the size of a regular kitchen cutting board, and with the same thickness.
At the school, the class teacher respectfully addressed “Masterji,” assigned the writing exercise on the “takhti.” There was no tolerance from him for any spelling mistake. Very carefully and gently, the writing was like painting on the wooden board. But the entire assignment had to be washed down and cleaned after school.
Showered with plain water, let it dry and then giving it a coating and massage of a unique clay called “Gachi” on both sides, were the daily treatment that my little “Takhti” needed.
I remember, when the “Takhti” was not completely dry, I used to wave it up and down facing the Sun while singing the line: “suraj-e suraj-e Patti suka..”, a little sort of prayer, meaning O’ Sun, dry my palette. It often worked before reaching school.
As I got older and getting into higher grades, “Kalam-dawaat” was replaced by “Kagaz” and pen, meaning paper and pen. The latter itself was an assembly of few parts. It used to be reloaded with fresh ink every day. Much later, the ballpoint pens came on the horizon. Now fingers have taken over to work on the keypad.
But the Kalam of my primary school time carries a nostalgic mark from where I started my first writing.
-By Promod Puri
Posted by Promod Puri at 10:11 AM No comments:

Having few friends of different religious or race backgrounds does not qualify a person being secular.

“Racial fig leaves” is an expression coined by Jennifer Saul, a scholar at the University of Waterloo. It reflects the situation when people are prevented by the “fig leaves” from recognizing racism happening in front of them.

“I use the term fig leaves because they serve to barely cover something you are not supposed to show in public. Fig leaves are needed because most white people do not want to think of themselves as racist. Fig leaves work because some white people are so keen to convince themselves that something racist is not racist after all,” according to the professor.

“I am not a racist” is an expression people often use to defend themselves despite their involvement in racist acts or refusing to accept incidents of racism happening before of them.

Instead, they claim to be secular. Having few friends of different religious or race backgrounds does not qualify a person being secular.

CUBA HATES AMERICA BUT LOVES TO HAVE US DOLLAR

Leftist bhagats of late Fidel Castro may still be reciting the virtues of Cuba’s brand of socialism. But the ground realities expose the failure of the system inadequately meeting the needs of Cubans involving food and basic consumer essentials.

It is a dire situation on the island country, which is just a viewing distance from its ideological number one enemy, the USA.
Cuban leadership can hate the Americans as much as they want under their egoistic pride of anti-capitalist nationalism. But the socialist regime lately loves to have the US dollar to meet its crucial import needs.

“Cuba is overly dependent on imports, which account for some 80% of what the nation consumes. Despite largely controlling the coronavirus outbreak, the lockdown has brought tourism to a halt in Cuba, and the resulting drop in foreign exchange earnings means fewer dollars to pay for imports”, according to a recent BBC report.
Further, the US administration under Trump’s instructions has put more embargos and harsher sanctions on shipping, travel and remittances on Cuba.

The government-run superstores that carry grocery items, which in normal conditions already have a sparse look on their shelves, are almost bare these days. There are always line up in front of the stores. But now these waiting lines are much longer.
Patience and no grumbling are what Cubans have learnt since the Fidel Castro’s 1953-1958 revolution.
Cuba badly needs dollars to buy its grocery in the international market. For that reason, some of the government-run superstores have been turned into “Dollar Stores.” These outlets’ only currency of acceptance is the American dollars.

It is the US dollar that Cubans somehow collect and hoard for a situation like this. Knowing that people have dollars, and lots of them, that the government itself is seeking the hidden treasure to meet its import needs.
- Promod Puri
Posted by Promod Puri at 10:07 AM No comments: