Fascism is a system that is run or led by a dictator who has full power in every aspect of a nation. To achieve and maintain that hold, a fascist ruler suppresses any opposition and criticism. A false sense of aggressive nationalism and patriotism gets developed and promoted. Racism and xenophobia are encouraged in a dictatorial environment. 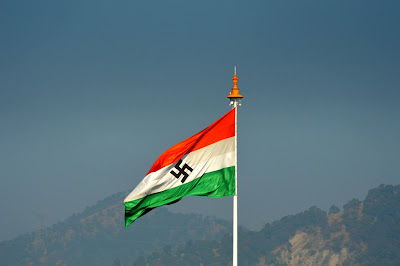 That is a typical explanation or scenario of a nation under fascist rule. In the contemporary world, despite being still democratic, we find shades of authoritarian governments having essential control over their peoples and institutions. For that reason, these nations fit very well as fascists regimes. But to the world as well as their citizens, such governments put on a democratic or socialist mask.

Under the fake democratic outfit, resides the modern version of fascism where almost all the elements of dictatorial control are present. Fear factor gets liberal infusion to weed out voices of dissent.

Bureaucratic and democratic institutions are restrained and corrupted. Manipulated elections decide the results before the polls take place. Religious sentiments of the majority community become a handy tool to suppress the minorities. Bribed, threatened, and intimidated media sit on the lap of the fascist ruler, ever ready as a mouthpiece of the government.

A network of social media goes full swing for the manufacturing and distribution of false and propagated news and views that are efficiently spread within the country and globally.

Judiciary, election commission, media, and statistics are some of the most operative integrals of democracy, that keep it authoritative, functional, dynamic, and accountable. But when any or all these systems are damaged, corrupted, compromised, or abused, democracy collapses, and fascism emerges.

India is one of those countries where signs of this new version of fascism are quite discernable and visible. Knowingly or unknowingly, fascists developments are fast taking place for power's sake as there is practically no active and creditable opposition either.

All the democratic fundamentals have been brazenly as well as subtly fiddled with shrewd politics of religious fanaticism, fear, threats, murders, fake police raids, intrusions, and influences in the media, obstructions, and interference in the bureaucracy, and deceptive claims of accomplishments.

The autonomous, independent, and credible status of the democratic establishments have been defaced and undermined.

Cracking down on free speech, threats, murders of writers, dissident lawyers, and judges, frequent imprisonment of protesting students constitute the new and dreadful feeling of the current political climate in the country.

And once all these developments take roots and become a new norm, fascist India would destroy the very spirit and fabric of the nation as a free, secular, and a multi-racial society. Democracy dies, and fascism takes birth.
Posted by Promod Puri at 5:31 PM